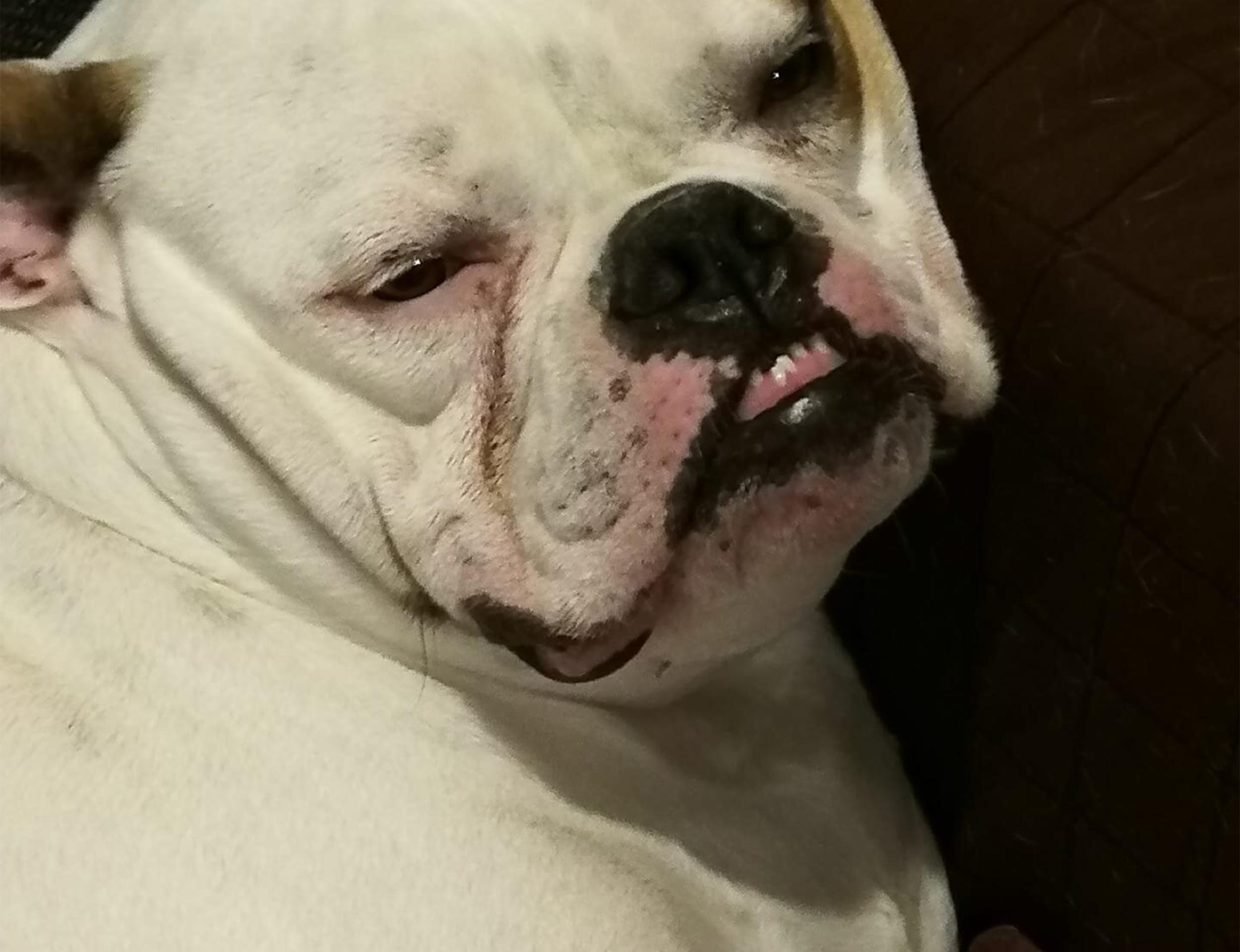 Last weekend we had a scare from one of our family members, Charlie.

Charlie is our three-year-old American Bulldog who we rescued just over two years ago. In a short time, he has become a great addition to our family. I even call myself his dad a lot. So when we noticed he was not well, it was very concerning. What happened was that he was struggling to go to do his business. For a day and a half, we tried what we could to help with no success. During that time, I booked a vet appointment for the next day as a precaution if nothing flows. After the second sleepless night watching him struggle, I was happy I did. When I booked the appointment, I mentioned that he ate an entire rawhide bone fast, and I thought it was causing the blockage. After some research, I found out that rawhide is not suitable for dogs and can cause dangerous blockages.

During the initial phone call with the vet, I mentioned that, and they thought it was possible. When I went to the vet, I mentioned it again and that now he did not eat or drink during the day. During this COVID crisis, we could only park in the parking lot and take the pert inside. From there, they would call with updates. So I was surprised to see them bring Charlie back to my car. The technician said the vet would call with what is going on. During the call, he mentioned that he could not do much of a check because Charlie was nervous. This comment surprised me since I told them he is a nervous dog and especially now with the struggles he is going through. The vet then goes into what we are to do, not explaining what is going on with Charlie. When I pushed back, asking why he is sending us back when he stopped eating and is showing signs of constipation, he just kept going into the solution.

The tone of voice felt condescending and no compassion. Speaking to me like this raised my anxiety as we talked, it seemed he was not listening to me because I repeated myself three times what Charlie was going through. Then came the four words that are wrong to say in this type of situation “. You should calm down “. There are memes out there that say, “Never in human history did anybody calm down after being told to.” I was sleep-deprived and very stressed about Charlie. I didn’t want to go back home only to come back a day or later in an emergency. Again he never went into what was going on; he just wanted to send us home and hope for the best. Part of his reasoning was he didn’t want to charge me the money for Xrays and sedation. Yes, it is expensive, yet this is a family member in pain, and we don’t know what is going on. In the end, they took him and set him up for the additional tests.

This clinic is also a 24-hour clinic, so in speaking with the technician, I told them they could call me once things the results are in to discuss the next steps. I stayed up until 2 AM when I was speaking to a different vet. This one took the time to explain everything to me about the results and the tests she did. She went into detail on the cause; it was late, and I was a little tired. From the explanation, it is an intestinal issue, and a series of diet and some medication, and he will be back to normal. When I asked about his struggles, she explained that it is a symptom as well. Since then, Xrays were negative for blockages, and the other exams didn’t come up with anything, this was the logical explanation. This discussion was better for me as it was explained to me what was going on and what the prescriptions will do for him. I felt better about the situation and picked Charlie up at 2:20 AM.

After a few hours of sleep, I looked back on the entire case. What if the first vet told me what he thought it was and how I could have mistaken it for something else because of the symptoms? Would I have pushed for him to sedate him and examine? Would I have spoken in the tone that I did? Would I have been driven by emotions and having logic take a back seat? Maybe not; to me, it made sense. This situation is similar to what could happen in an office setting. An email or a comment in a meeting responding to an issue that goes against what others think. Something with no explanation as to why this solution will work. Something like this does create more frustrations around and could take a hit at the trust between everyone. Keeping things in perspective and ensuring people understand why the solution is needed would go a long way in ensuring buy-in.