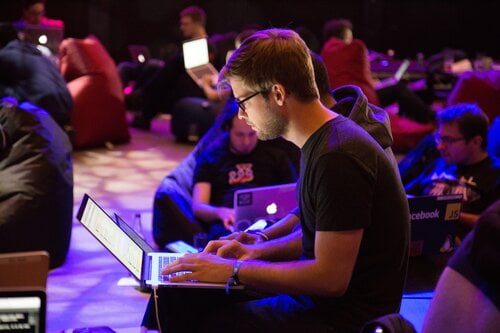 In my previous discussion in SPaMCAST, we talked about Testers and Test Engineers.

Most view the two very differently to the point where Testers known as “Manual Testers.” To me, that is a load of crock. Whether you are testing through the use of a keyboard or a tool, it is testing none the less. They are two completely different skill sets that need to flourish for an organization to be successful.

For the non-Test Engineers, they play a very pivotal role as they are usually the first ones on the scene to see the changes. Yes, the Test engineers see it quickly as well (for an organized development shop ), yet it is the testers who use a lot of that initial brainpower to understand what is going on. They also usually have critical insight on the application and could see issues a lot sooner than others.

That is not to say the Test Engineers could do the same thing. On the contrary, they have a little say as well on how things could go. As they are, sometimes, more technical, they would see things from a different perspective. There could be a new workflow that is about to be introduced that will cause performance issues. Perhaps there is something already in place that will cover what is needed, and they know the path to get there.

From a title perspective, I get it for recruitment purposes. People need titles to figure out where they are. A few years ago, I got into a heated discussion about claims and Agile. He was a generalist, and he saw that everyone could switch roles within a team if need be. To me, at the time, it was insane. See, I was coming from mostly waterfall shops. Yes, they did start going agile, and I had my understandings of it just not to that level.

Now I feel there should be a merge. Why limit individuals on what they can and cannot due? I have seen Test Engineers from different backgrounds, one even from a finance workstream. Things can be taught and learned. It is time for other organizations to recognize that and get on board. There is much value in it.